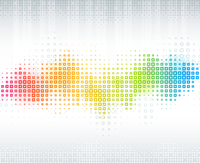 As the Founder & CEO of Mid Atlantic Financial, LLC, Bill Schantz manages multiple companies. His first company, Senior Settlements, LLC, was formed three decades ago and was the first company to introduce life settlements to the capital markets. His first transaction was with Bear Stearns for $150 million. He has worked with large investment banks, including Bear Stearns, Goldman Sachs, and Deutsche Bank. Mr. Schantz has also worked with leading accounting firms, such as Lewis $ Ellis and Deloitte, alongside top law firms that include Mayer Brown, Locke Lord and Clifford Chance. Since 1988, Bill Schantz has pioneered innovative programs and has remained an industry leader in life settlements. He has been part of several multimillion-dollar transactions and has led his team at Mid Atlantic through many phases of product development, restructuring, and growth. He has also structured life settlement investment funds that have made investing in life settlements available to investors outside of Wall Street. Mr. Schantz graduated from Villanova University. He has 5 children and 9 grandchildren. He recently celebrated his 40th wedding anniversary.